The third house on the right 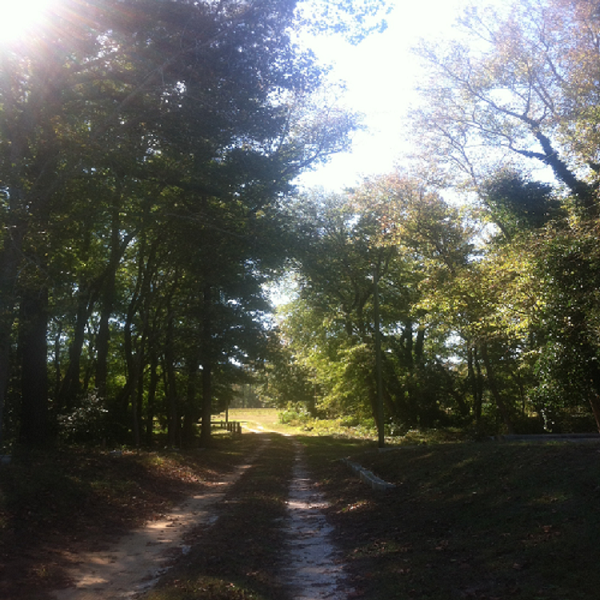 We watch the baby’s chubby thighs kick and wiggle from the metal bucket on the kitchen counter next to the sink. Although we can’t see the baby’s face, we can hear the infant giggle and coo from inside the pail.

I glance back at Karima and Trent*, who stand less than 10 feet behind me by the open side door, mute, probably eager to make a hasty exit.

I look back at the baby. His feet continue to dance against the air as I grasp him by his ankles. I think I carry him upside down as I walk over to Karima and Trent but I can’t quite recall after the fact.

“See, I told you something is wrong with this house,” I say to them.

Like something isn’t also wrong with the baby. It wasn’t always human. It was a mere doll before it was placed in the bucket. Not a Baby Alive, which mimics a real-life newborn, but a plain ol', motionless, plastic toy. Yet somehow it sprung to life, begging to be comforted and cuddled.

They don’t acknowledge him or my words.


We abandon the baby and we move to the stoop as I reach back inside to retrieve the key sticking out the knob. My intent is to hurriedly lock the door but I freeze as movement catches my eye. A slender vision dressed in a vertically-striped red and white ensemble is strutting down the hallway top-model style, ankles criss-crossing with each stilettoed stomp.

I fish for the key although my hand only circles the outer edge of the knob at this point. My fingers can’t quite stretch and contort enough to reach the key.

The apparition drifts closer. My hand continues to orbit the knob, still bypassing the gold key resting in the center.

I gasp as we make eye contact. The hair on my right arm rises like the magnetic shavings in the original Wooly Willy. I instinctively kick at this disembodied soul as it walks through my hand and leg and makes a sharp right into the wall at the end of the imaginary runway right behind the door.

I awake in a startle. My heart pounds in a series of rapid kicks to my chest. I wonder if this is how people die in their sleep.

A chill travels down my right shoulder to my side as I replay and analyze the last scene, noting that a key doesn’t normally secure a door from the inside. If anything, all I needed to do was turn the little lock. Or better yet, just run. What the fuck did I need to lock the door for?!

However, all of my dreams have a few flawed details that seem normal while I’m asleep but in retrospect make no sense if I happen to remember the details later after I wake up, like, Teronda, what did you eat, drink or smoke before bedtime? But then they only serve to detract from the real issue at hand: All of my dreams about my childhood home resided on the corners of night and terror.

It’s a quaint, three-bedroom house situated in the middle of five similarly-constructed homes. This one is kinda mint green with black shutters, back then flanked by bushy red azaleas along the front and once draped by the tangled, pastel Morning Glory vines that a pre-teen like me didn’t know would attempt to takeover the side of the house like ivy.

I have fond memories of our home. There’s the third bedroom that was converted into a den and housed the Barbie accessories that would’ve cluttered the hallway that held my three-level Barbie townhome. Tasha*, Charmin* or I would block the path for hours redecorating the townhouse floors with its contemporary furnishings or chauffeuring Crystal Barbie in her bubblegum pink Benz.

Then there were the large dinners that drew crowds on Sunday afternoons: chit’lins – and, yes, I still eat them on major holidays only when the grannies and aunties cook them – doused in black pepper and apple-cider vinegar; five-layer buttery cakes; the sweet yet tart cranberry crumble topped with vanilla ice cream; wings that more resembled sautéed chicken than deep fried but finger-licking nonetheless; juicy burgers that were cooked in the tiniest bit of water, which may sound strange but them mugs didn't shrink, though!

And I can’t forget my Saturday afternoon videos “streamed” to the old school color television through the tall antenna that was bolted to the side of the house. The station was actually a Baltimore one – four hours away from our town – so most weekends the picture was a kaleidoscopic, grainy mess. But I immediately recognized the songs I bounced to on our nearest R&B radio station. The same ones I recorded on cassettes.

But something happened after my mom passed away. The house gave a different energy.

I’d open the door to our home only to be greeted by discomfort and heaviness. My arms, neck and back would tingle like electrical static as I ran-walked from the kitchen to the bedrooms. My heart raced. I was on edge. But otherwise the house was quiet. Yet no bouts of nostalgia could resume...warmth. Perhaps it recognized the dynamic had changed; someone had gone and the former duo had become one. It seemed to subliminally tell me “You no longer belong here.”

So I’d run in and right back out.

And when the house wasn’t occasionally stirring my subconscious with a hybrid of science fiction and horror, it was teasing me with visions of my mother, facilitating mother-daughter reconciliations with abrupt endings because she suddenly needed to go somewhere without me. And then she'd leave as normal or she'd simply disappear.

I think the house was reminding me she was never coming back.

And neither was I.

I finally sold the house after 16 years. I wasn’t guilted by the gift of an inheritance, asset or a legacy. Besides what's a legacy (really) when there's no one to leave anything to? I didn’t even allow the idea that this was the last thing I have that my mother owned to infiltrate and consume my thoughts, either. My only concern was that I didn’t leave anything valuable or sentimental hidden in some crevice of the house.

For months I drove by the house without a glance in its direction. I didn’t want its mere sight to trigger anything.

Yet my recurring dreams never ended.

And now I often wonder if I made a mistake, a rash decision, even if nearly two decades have elapsed. Perhaps I misread the cues and none of my visions were intents to invoke fear or warnings to stay away. Maybe in the midst of my panic and haste, unprocessed emotions refused any message or invitation my mom tried to send. What if she’d been trying to tell me something important yet simple? Or show me something believed yet still unknown? What if the only purpose of her nocturnal visits was to assure me there is indeed another realm and that she’s ever-present because the unseen part of her has never really left.
*Real people in my dreams, this time, but totally not their real names in this piece.
Posted by Teronda at 12:30 PM